Here’s a new Ray Kosmick track, entitled Backyard Barry se requiere receta para comprar viagra. I’ve decided to record a couple more and release them, together with all of my original contributions for the Survarium Music Contest, on a digital album entitled Aperçus (just stumbled upon the fancy French-origin word recently, so I might as well make use of it :))

The Sennheiser headphones I had won for the winning track at the Survarium Music Contest arrived from Ukraine a few days ago: 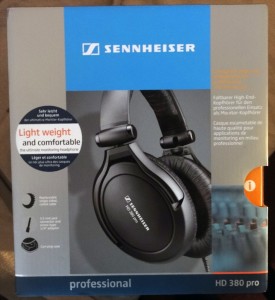 Very nice and in the nick of time, too, as the ones I’ve been using at home are totally wrecked.

Yesterday “Caveman” released a self-titled extended EP, making it available as a free download on Bandcamp, Jamendo, and SoundCloud.

“Caveman”, based in Berlin, is a collaboration between the German singer-songwriter Carlos Kolmer, Slovenian producer and multi-instrumentalist Borut Praper, and Slovenian singer Monika Fritz. The project began soon after Monika and Borut moved to Berlin and ended up being Carlos’s neighbours by pure coincidence. The first result of the work, carried out in 2013 and 2014, is the six-track extended EP, entitled simply “Caveman”.

A six-track extended EP will be released soon.

Great news – at least for me, ha! By some miracle I actually won the Survarium Music Contest, which I’ve entered recently by submitting several tracks under my “Ray Kosmick” moniker.

The Survarium Music Contest was opened by Vostok Games, calling on the game community to produce music for the upcoming massive multiplayer shooter Survarium (which is currently in beta and already looks and plays great, by the way, you should check it out). The competition was in two categories: covers of the game’s main theme, composed by Dargalon (first prize); and new original tracks for the game (multiple second prizes). The winners were selected by the developer and will be included in the game soundtrack.

After a few months and 9 entries (one of them a collaboration with the Slovak producer and composer Alyctro), I managed to win the first prize for my cover of the main theme (a nice pair of Sennheiser HD 380 Pro headphones which actually came in the nick of time, because I actually need them :D)… AND one of the second prizes, as one of my original contributions (Nightfall 2) is going to be included into the game soundtrack as well, so I’m also getting a load of in-game currency and a special decal! Too bad I can’t shoot for shit and everybody manages to kill me on sight 🙂

So, without further ado, here are the winning tracks:

And a playlist of all the entries:

Phew, finally finished recording & editing drums for the upcoming Coenurus album – about a dozen tracks, many of them very intricate and more than a little “peculiar” 🙂

Well, just in time for 2015, too! Now Rich – who’s actually “Coenurus“, I’m just contributing the drums – will take over (record everything else and mix the monstrosity). Well, it’s been quite a psychedelic ride!

The following track is my final contribution to the Survarium Music Contest. It is the result of an interesting collaboration with a Slovak composer and producer Alyctro.

After the last two somewhat sentimental miniatures, here’s another couple of less catchy tunes for the Survarium Music Contest. I think this is it from me for on this occasion… Well, apart from a promising collaboration we’re still working on with Alyctro, which should be finished next week. Just in time, actually, as the contest ends on 28 November.

Submitted another somewhat dark and dramatic track for the Survarium Music Contest recently:

Got one more in the works which I may send in or not, depends on how it turns out…
Loading Comments...